Everything You Need to Know About Ignition Interlock Devices 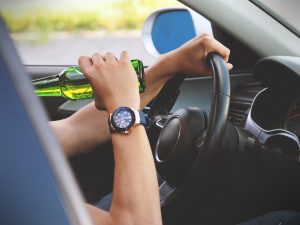 What is an Ignition Interlock Device?

Is an Ignition Interlock Device Expensive?

There’s no exact answer to this question because different manufacturers will have different prices for their products. There are also a couple of factors that may add to the overall cost of an ignition interlock device like the ignition interlock installation, the lease fee, the calibration fee, and the removal fee. Typically installing the device will cost between $50 to $150. You’ll then have to pay a monthly fee of between $50 to $150, and a removal fee of the same amount.

Where Do You Get an Ignition Interlock Device?

Most people resort to renting an ignition interlock device because it is cheaper and more convenient. You first have to find an ignition interlock installer. The company will professionally install the device into your car after you’ve agreed on the payment arrangement. You are not allowed to tamper with the device after installation, or you’ll have to pay for damages or face the judge once again.

Since an ignition interlock device is a portable breathalyzer, most people think they can fool the device and get away scot-free. Unfortunately, tricking ignition interlocks is not as easy as you would think. Here are a few ways IIDs curb cheating.

Most people would have their sober friends blow into a balloon which they’ll then later use to blow air into the mouthpiece. While the idea is applaudable, this trick doesn’t work. The IID may ask you to prove you are human by humming or inhaling, something that your balloon can’t do.

2. Drinking While Behind the Wheel

First, it makes no sense to drink behind the wheel, but most people would still want to take a swig or two while on the wheel. Most ignition interlocks, however, will require you to blow regularly during your trip for certainty. If the device detects any alcohol on your breath, or if you refuse to blow into the mouthpiece, the car’s lights will start flashings, and the horns will start blaring until you pull the car over and turn it off.

3. Having Someone Else Blow the Mouth Piece for You

This trick is probably the first one most people come up with. Unfortunately, ignition interlock devices nowadays come equipped with cameras and take photos of the individual whenever anyone blows into it. If you have another person do the blowing, you could be hearing from law enforcement pretty soon.

Essential Facts About Ignition Interlock Devices
Next Post: Why Is Labor Day One of the Most Dangerous Times to Be on the Road?