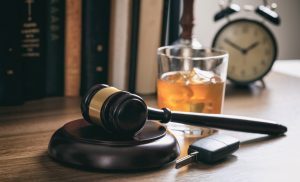 Perhaps one of the scariest things about drunk driving is that drivers will drive an average of 80 times under the influence before they’re even arrested. Almost 30 people are killed every day in the United States because of drunk driving — and these deaths are senseless accidents that are entirely preventable. In some cases, fines, jail time, and suspension of license isn’t enough to keep repeat offenders from going back to their old ways. And sometimes suspending one’s license isn’t actually practical — they may need to drive to get work and support their family or to stay in school. Luckily, there’s another solution that many states are now implementing: interlock devices. One can see their benefits in the numbers — decreased repeat offenders even after the interlock device is removed.

What is an Interlock Device?

Think of an interlock device as a kind of breathalyzer. The driver must blow into the device and the device measures how much alcohol is in the driver’s system. There’s a level that’s preset that the driver can’t exceed — if it’s above that level, the vehicle’s ignition is locked and the driver can’t start the car. They’ll have to wait for a few minutes and then try again.

However, if the driver continues to fail the test, the wait time gets longer and longer. Though some might try to get around the system by having a drink once they’re on the road, the device has random re-tests while the car is running. If it senses alcohol, then it automates some kind of warning sign (the horn or flashing lights) as an indicator that the driver needs to pull over.

The data collected is then sent to the appropriate authorities.

What are the Benefits of an Ignition Interlock Device?

There are around 150,000 interlock systems currently in use (and more certainly in progress) in cars in the United States. Right now, they’re most often used for drivers who have multiple DUI convictions. However, there is some discussion about including them in all vehicles, and the limit would be preset far below the legal limit of 0.08 — likely at 0.03 or 0.04.

Interlocks have been connected with as much as a 70% reduction in arrests for impaired driving. And they’ve been shown to cut down on repeat offenses by as much as 40%, even once the device is taken out of their vehicle, as compared to convicted drivers who were never required to have an interlock installed.

Interlock devices cut down on drinking and driving, but also ensure that offenders can still get to work or school. If they’re a single parent whose family relies on their income, for example, it might be devastating — and certainly inconvenient — to have that mode of transportation taken away. This method also is often a welcome alternative to a heftier fine or potential jail time as well, so offenders are likely more willing to try it out.

Who Provides These Devices?

However, in some cases, and depending on what state you live in, certain states can offer financial assistance when it comes to these costs. Of course, you’d need to have proof and evidence of your financial circumstances and it’s worth bearing in mind that whatever assistance the state can offer might not cover all of the costs. It’s definitely worth asking about though, especially if you’re worried about the financial burden.

Ignition interlock devices provide a nice compromise between the state and the individual when it comes to driving drunk. It discourages drunk driving — and indeed, keeps drunk drivers off the road — but still allows them to have what is often their main mode of transportation.