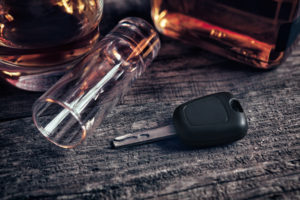 Coffee will sober me up

So many people believe this myth about drinking and driving, and it’s kind of scary. Coffee has absolutely no effect on the alcohol in your system. If you’re tired, your coffee consumption might wake you up a little bit, but you’re still going to be drunk. It is NOT safe to get into your car and drive after drinking just because you’ve had a cup of coffee first.

I can sleep it off for a few hours

You had a few drinks, and you think that sleeping for a few hours will help you get the alcohol out of your system. Part of that is true, but most people underestimate how long they have to sleep. If you have five drinks, you would need to sleep for at least 10 hours to fully metabolize that alcohol. So, if you take a nap, you’ll probably wake up and still be drunk, not in a condition safe to drive.

I just need to eat a big meal

Most people know that if you start drinking on an empty stomach, the alcohol passes directly to the intestine and from there, it goes to your bloodstream and your brain. This is because there are no barriers to the absorption of alcohol. If you eat after you’ve already started drinking though doesn’t help you at all because it’s too late. So, eating a lot of bread will not change your blood alcohol concentration.

Some people have their own breathalyzers at home, whether they’re wall-mounted breathalyzers or car breathalyzers. They will measure your breath alcohol concentration (BrAC), but they can’t measure your ability to drive. Just because you blow under the legal limit does not mean it’s safe for you to get behind the wheel.