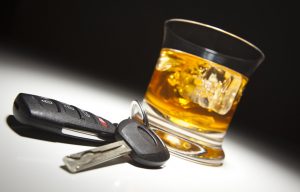 Getting charged with a DUI can be a harrowing experience, but for some people, it can result in an epiphany that can change their lives forever. The truth is, your DUI does not define you as a person, and you are being given a second chance to prove this.

If the courts have ordered you to install an ignition interlock device in your car, you should know that car breathalyzers have advanced by leaps and bounds in the past several years. Discreet breathalyzers are now available that enable you to meet the demands of the courts without being embarrassed or sacrificing your driving freedom. Your car breathalyzer will help you avoid tragic car crashes, fines, and even jail time.

That’s not the only thing you might know, either. Here are three shocking facts about DUIs and car breathalyzers that may change how you view your situation:

Like many other goods and services, technology has been very kind to the interlock device industry. Now, you can obtain a discreet car breathalyzer and stay in accordance with the courts while you continue to rebuild your life. Invest in a discreet breathalyzer and conquer this unfortunate situation on your own terms.