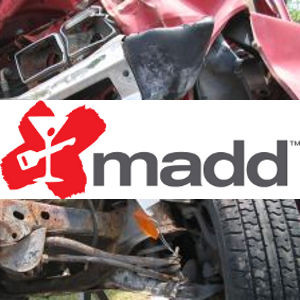 Drunk driving has had a very destructive toll in Arizona and the rest of the U.S. wherein almost 30 people die on a daily basis due to drunk driving or driving under the influence. In other words, this means that there is a person killed every 48 minutes in any given day. This is not counting the destruction and injury these accidents bring on innocent drivers as well as their passengers. The destruction doesn’t just affect people in other cars but pedestrians as well. A vehicle may sway to a heavy populated location which could cause numerous people to be injured, along with the ensuing fatalities from the aftermath of the collision.

Mothers Against Drunk Driving or MADD is a nonprofit organization in the United States that was formed in California in the year 1980 by Candice Lightner after she lost her 13 year old daughter to an accident involving a drunk driver. MADD is one of the largest victims-service organizations in the United States that supports victims of drunk and drugged-driving accidents as well the survivors at no charge. The vision of MADD is to stop drunk-driving by providing better education to minors as well as to support the victims who have suffered from accidents caused by drunk drivers.

Arizona passed tough Ignition Interlock legislation in 2008 requiring all convicted DUI offenders to place an Ignition Interlock system on their vehicle in order to reinstate driving privileges. Four years later in 2012, MADD pushed for all cars to have an Ignition Interlock Device to be put in all cars as a way to prevent drivers from even attempting to drive under the influence. The requirement for all cars to carry this breathalyzer was MADD’s highest legislative priority as they pushed to get mandatory ignition interlock legislation passed for all DUI offenders on their first offense or their third offense. They believe that this will have a great impact in lessening DUI fatalities and crashes as well as to ensure that convicted DUI offenders do not make the second mistake or become return offenders. 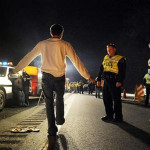 Each year there are tens of thousands of individuals who are arrested for driving under the influence or DUI. Those offenders face different sentences that depend on the gravity or severity of their DUI. Most of them will have their licenses suspended and they will have to purchase for their cars this device that will monitor them as they are driving. This device which analyzes their breath and if there is alcohol found in the test, then their cars will not be able to operate.

The Ignition Interlock Device is a sampling headset that contains sanitary mouthpieces that are inserted in the top of the handset and are easily replaceable. The device has a coiled cable that connects the handset to a relay module that is mounted underneath the dashboard of your car. The mouthpiece connects into a fuel cell-censor, and any alcohol present in your breath reacts chemically with a 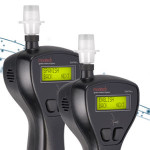 sensor producing water and electricity which is precisely measured and calculated into an Equivalent Blood Alcohol Concentration or BAC. If a person tested gets a very high blood-alcohol level then the device will hamper the car’s ability to start.

The device will also require a rolling re-test which is a form of random testing conducted to the drivers who are able to pass the first test. This goes a very long way in keeping drivers from leaving their car on while buying a six pack of beer or a bottle of hard liquor. In the past people would drink in their cars after passing the initial breath test as only one test was required. Nowadays, the rolling re-test keeps drivers sober. 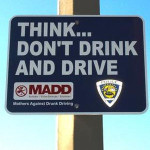 Mothers Against Drunk Driving or MADD have published a press release advocating mandatory IID compliance for first-time DUI offenders, wherein they must be required by law to use Ignition Interlock Devices in their cars even after their first offense. MADD believes in preventing any risk of drivers drinking or drunk as they drive. To an extent, the people who have gotten into DUI-related accidents have been return offenders who have not learned their lessons and may have not taken the law seriously.  There have been 10,000 accidents annually that are drunk driving-related and MADD believes that by installing these devices in all cars will diminish the accident toll by leaps and bounds. 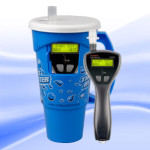 The installation of these devices will also lead drivers into avoiding drinking at all times as these devices require drivers to test themselves every hour at any given minute within the hour. This is a large reason as to why MADD is pushing for all vehicles to have an ignition interlock deviceat hand when purchased. This shows that MADD do not advocate taking unneeded chances or risks that could be avoided altogether when one submits to these devices.

This also lessens the risk of drivers driving under the influence with minors present in the vehicle. The damage that could be suffered is too great to risk not only will the driver be harming his or her life but the child present as well and whomever he or she collides their vehicles with. The accident could also affect innocent pedestrians and bystanders who happen to be around the accident vicinity. So to avoid any accident risks, having an ignition interlock device present at all times will lessen the accident toll rate.