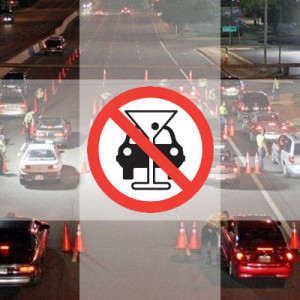 So many lives have been lost due to accidents caused by drivers who were intoxicated or driving under the influence. Those people who perished in these accidents left behind families who love them unconditionally and did not deserve to suffer because of another person’s lack of responsibility or consideration. My home state of Arizona had 215 alcohol-impaired driving fatalities in 2011. That is four avoidable drunk driving deaths each week.
For those who have survived accidents, their lives have never been the same as the accidents may have done permanent physical harm, wherein they may never walk again or worse. Drunk driving or DUI is a serious offense that many people commit. A lot of them are return offenders that show a disdain for the rules and regulations of the road. What they completely forget about is that every time they drive under the influence, they risk harming innocent people who are just trying to get from point A to point B safely. 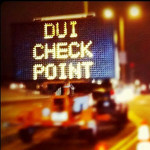 More DUI or Driving under the Influence offenders have to prove their sobriety before they drive as they now have to have an Ignition Interlock Device installed in their vehicles to allow them to be able to drive after they have passed the interlock device’s test. The test involves putting your mouth on the mouthpiece of the device. The mouth piece connects into a fuel cell-sensor, and any alcohol present in your breath is then precisely measured and calculated into an Equivalent Blood Alcohol Concentration or BAC. If you have a blood-alcohol level that exceeds accepted level, the vehicle’s ignition will remain locked and you will be unable to start your car.
In the past the law only required repeat offenders to have an ignition interlock in their cars for monitoring. Nowadays the law lowers that rate and applies the interlock devices to all offenders 1st time or 3rd time.
The National Transportation Safety Board has recommended lowering the legal limit of .08 to .05 which is said to save up to a thousand lives every year. In Arizona, the legal Blood Alcohol Content is .08. The arrests lead to the offenders having to take a 72 hour driving safety programs as well as a record on your license which stays in there for over 3 years. A person’s car insurance also goes up with the offense, as the insurance company considers them as a liability so they must pay more in order for their cars to be insured.

In making the laws for DUI tougher, attorneys are finding it harder to defend their clients who have been charged with DUI. The changes in DUI laws are making it abundantly clear that all states in the country do not tolerate drunk driving as it costs people their lives. It also costs public damage that amount to ridiculous amounts of money which could have been avoided had a driver avoid drinking before driving or had the driver chose to use public transportation after drinking. The value of human lives is irreplaceable and the penalties and fees that come with the offense far outweighs the risk of driving drunk.
There is nothing wrong with taking public transportation when drinking. You may also ride with a friend who is sober in getting back home. There have been so many terrible instances of deaths and tragedies occurred from drunk driving. Taking some necessary steps to avoid driving intoxicated present a person with so many benefits: