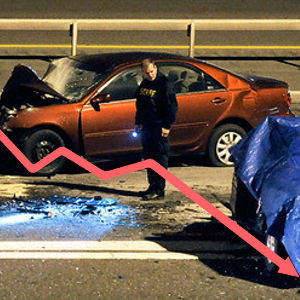 Whenever you come across a terrible drunk driving tragedy that involve people in a car accident, often times they involve drivers who have been multi-DUI offenders with abnormally high blood-alcohol levels. These people who are intoxicated way beyond the levels suitable to drive, are those who fall asleep on the wheel, swerve maniacally, and who stop blatantly anywhere. These are people who have endangered many people’s lives and may have taken a few of those lives in the process.
Like many of today’s offenses against the law, DUI is an offense that does not seem to put the fear of risking road accidents in people. This is made evident by the number of repeat offenders who get caught on a regular basis. These people have been a big cause of many accidents that occur in the different roads and highways all over the United States. Some accidents have taken the lives of many innocent drivers and passengers that have had the misfortune of driving at the same time and on the same roads with these drunken offenders. It is a reported fact that in a day, there is an average of 2.2 people who repeat the offense of DUI or driving under the influence.
The CDC or Centers for Disease Control and Prevention, which is the national public health institute of the United States reports that Ignition interlock devices reduces repeat offenses by 67%. The fact that they may not start the engines of their cars when they have alcohol in their breath, is a big help in reducing accidents on the road. Convicted drivers are mandated by law to pay for the ignition interlock devices to be installed and maintained in their cars to ensure that they do not drive under the influence. 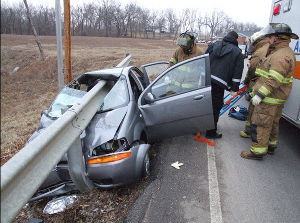 Repeat offenders are usually people who have more than one offenses of driving under the influence or DUI in the span of 7 to 10 years depending on which state the offense occurred in. This 7 to 10 period is known as the “look-back” period wherein the penalties and fees are much higher when it comes to repeat offenders on their second or third offense, as compared to first time offenders who have lesser fees and penalties. It also depends on which level or tear of offense they are in.

Tier 1 DUI is when you are caught with a blood-alcohol level of .08 and a .09. This is for the second offense yet is the lowest tier, which means that you will have a jail time of 5 days to 6 months. This is known as an ungraded misdemeanor, which you must face a 12 months suspension of your license.
Tier 2 is when you are caught with a blood level of .10 to .16 level then your misdemeanor becomes that of an Ungraded misdemeanor which has a jail time of 30 days to 6 months in jail and a 12 months license suspension to be added to community services, safe-driving classes and drug and alcohol evaluation.
Tier 3 offense refers to a person being above .16 blood-alcohol level or if a person has illegal narcotics in their system. This will categorize them in third tier, second DUI. The penalty is that this becomes an M1 or a misdemeanor in the first degree. The jail time for offenders of this sort is from 90 days and 5 years as well as an 18 months suspension of your license. People with this type of offense will do the usual community services and will have to take safe-driving classes together with drug and alcohol evaluation. People who do not take these offenses seriously are looking at jail time in a State prison for 1 year to 5 years. 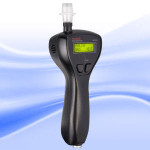 A DUI interlock device is mandatory in Arizona and 14 other states for those who have gotten caught driving under the influence of alcohol. The sampling headset has sanitary mouthpieces that inserted in the top of the handset and connects the handset to a relay module that is mounted underneath the dashboard of your car or the engine compartment. It collects a small portion of your breath sample, wherein you are required to blow for about a time span of 10 seconds into the sanitary mouthpiece in the handset. If the result of the breath test is beyond the proper blood-alcohol level the vehicle’s ignition will not be able to get switched on, thus suspending your car’s ability to run.
Another way that Ignition Interlock Devices reduces recidivism in DUI offenders is that if they manage to run their cars, the device will need a series of breath tests in the minutes after the car’s operation. This is to randomly test the driver at different points of the trip. Failure to do so will tell the manufacturer of your device to log in a failure in their log which will tell the authority on your failure to do so. This will lengthen your sentence of having to use an interlock device.
These are why ignition interlock devices are reducing the rate of repeat offenders as the device requires constant updates as well as conducting random tests to check DUI offenders as they are driving.